Me, My son and our journey with cloth diapers


I started  using  tiny care brand nappies  and old dhoti clothes. for my son after he was born. They just cover but they don’t have any absorbency. I wanted something which  can absorb more than one time.

Now a days, readily available disposable was my first option. I used it for night time. Somehow,  I wasn’t convinced about  disposables ,  having read about the ill effects of disposables. 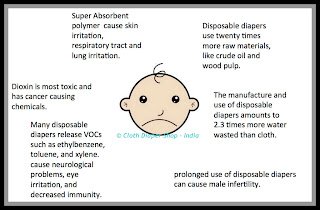 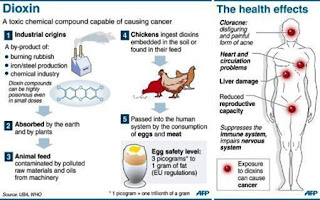 Then , I started searching for sewing tips on cloth nappies (Indian style) which can hold on more . Fortunately, found that modern cloth diaper which could be used from birth to potty training and they as convenient as disposables called one size pocket Diapers, All in ones, All in Twos etc..

I had few concerns


After researching on my concerns, here is what I found

Safe on baby’s skin that’s what many websites claim.Many mom have used cloth diapers on their babies and they love it.  I read through each review and articles and I was completely convinced that it was safe on my baby’s skin.
What about Rashes ?

Real Diaper Association states :
There is no significant difference between cloth and disposables when it comes to diaper rash.
There are many reasons for rash, such as food allergies, yeast infections, skin sensitivity, chafing, and chemical irritation. Diaper rash can result from the introduction of new foods in older babies. Some foods raise the frequency of bowel movements, which also can irritate. Changes in a breastfeeding mother's diet may alter the baby's stool, causing rash.

Phew ! One of my major concerns about cloth diaper is  completely resolved.

Washing :
As I was washing my cloth nappies , I didn’t have any problem in washing these diapers too. Of course, there are some points to note as well , No rash cream , No Bleach , No fabric softeners. I am planning to write on the steps in my next blog.

I did my Maths in Indian rupees to check, if my Cloth diapers were economical.
I found that on average, babies are changed 6,000 times (non Indian source). Assuming Indian babies  used disposable diapers  3,000 times (Nap, Night time).  Lets assume babies are potty trained by the age of 2 .

I considered Diaper Used Vs. Money Spent as well Diapers used as well number baby cloths need to be washed.This parameter is to check on the leaks.

I assumed number of cloths that needs to be washed is 4 cloths
( bed sheet, bed spread, 2 dress) of the baby if we used disposable.  Nappy also causes leaks. When baby moves there is a gap and leaks . I have considered  average 3 cloths needs to be per diaper change.Coming to nappy cloths it cannot hold more and it leaks all 4 cloths needs a wash. For Cloth diaper, Since we use insert and the pocket 2 piece per diaper change and 4 cloths(Bedsheet etc..) 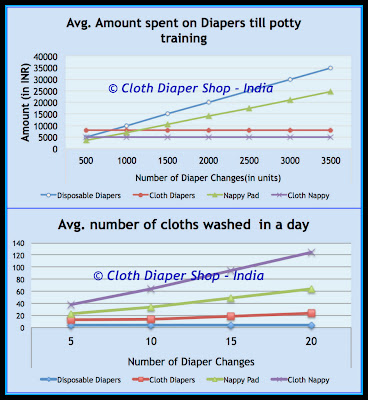 I have also done a simple calculation, here

I have convinced myself to use cloth diapers as they have proven me economically as well in keeping baby dry.It gives the same comfort as disposable.I have been using this for 4 months now (he is 5 months old now) . I  just love it.
Initially comments from my family members were 'it looks bulky' . I was convinced because it safe and economical too. After using cloth diapers, my son started  sleeping for longer stretches in his nap time as I used my cloth diapers only during the day . Slowly , I started  using them during night time as well. Now, I am  been cloth diapering in the night as well. Simple, Stuff the pocket with two inserts and it just works awesome J
I will try to write on my cloth diaper stash in the coming blogs. Stay connected!
Disclaimer: All the above numbers have derived from my own usage. I haven't personally used nappy pads. I have lot of friends who used nappy pads and I have used their inputs.
You can read REAL DIAPER ASSOCIATION - DIAPER FACTS here. The PDF version of this document may be freely distributed through electronic or print forms provided that it is the latest version available at the time, unedited and distributed in its entirety, including this notice.
Posted by Unknown at 23:34